While the rise of blockchain provides a unique opportunity to create smart contracts for digital assets such as tokens and Non-Fungible Tokens (NFTs), smart contract applications come with unique security concerns that have led to the losses of millions of dollars in the past. Fortunately, the Ethereum ecosystem has matured in recent years, and there are now several high-quality tools available to check your Ethereum smart contracts for security vulnerabilities. But keep in mind that thesetools are not a substitute for auditing. They can only find a certain subset of vulnerabilities, and for important contracts you still need to have a professional smart contract audit performed.

This blogpost will introduce four of the most popular smart contract security analysis tools: Slither, Mythril, MythX and Securify v2.0 and compare the results of analyzing three intentionally vulnerable smart contracts with them. Smartcheck was not included in the comparison as it seems to be outdated and unmaintained.Oyente was also excluded, as this tool only supports Solidity up to version 0.4.19. 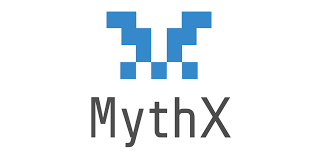 MythX by ConsenSys is a paid security analysis service for Ethereum smart contracts, it allows any developer team to integrate security into the smart contract development lifecycle. MythX is integrated into widely used tools such as VsCode andRemix . When code is submitted to the API it is then analyzed by multiple microservices in parallel: A static analyzer, a symbolic analyzer and a fuzzer. It hasseveral detectors, described here.

Using MythX first requires signup at their website: https://mythx.io/. After signup a plan is then chosen. In this example the on-demand plan was selected and a pack of 3 scans then purchased. An API Key must then be generated to integrate MythX with Solidity IDEs like VSCode or Remix, or use the MythX CLI. In this caseRemix was chosen, so the plugin "MYTHX SECURITY VERIFICATION" was activated and configured with the API Key or credentials. To run the scan, the smart contract to be analyzed is selected and the blue button "Analyze" clicked (quick analysis mode), with the results appearing in the Report tab: Slither is a Solidity static analysis framework written in Python 3. It runs a suite of vulnerability detectors, prints visual information about contract details, and provides an API to easily write custom analyses. Slither enables developers to find vulnerabilities, enhance their code comprehension, and quickly prototype custom analyses. It has the following characteristics:

For simplicity, in this blogpost the eth-security-toolbox docker image was used. It includes all trailofbits security tools and every major version of Solidity in a single image.

To build the container (the Dockerfile was modified slightly to include solc 0.4.21, as that wasn't included by default):
docker build -t eth-security-toolbox . To run the scan on the selected contract: slither /share/<contract>.sol 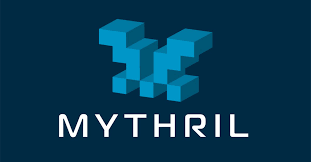 For simplicity, in this blogpost the docker version of Mythril was used.

To pull the container:

To run the container and scan the selected contract (the contract and the solidity version must be specified):
docker run -v <smart contracts directory>:/tmp mythril/myth analyze /tmp/<contract>.sol --solv <version>

Securify v2.0 is a security scanner for Ethereum smart contracts supported by the Ethereum Foundation and ChainSecurity. Itis the successor of the popular Securify security scanner. It has the following characteristics:

For simplicity, in this blogpost the docker version of Securify v2.0 was used.

Note: If the Solidity version is different than 0.5.12, the variable ARG SOLC=0.5.12 at the top of the Dockerfile must be modified to point to the version in use. The SWC Registry - the Smart Contract Weakness Classification Registry - was used for comparison. This contains a list of potential smart contract weaknesses and vulnerabilities, along with explanations, references, and test cases. In the case of "Missing Input Validation" no suitable vulnerability in SWC registry was found, so SWC-137* was added to account for this vulnerabilitydetected by both Slither and Securify2. The severity of each vulnerability was collected from the tools output, in case of discordance the one with higher severity was chosen. This test focused on only 3 smart contracts, a more detailed and improved comparison would analyze a larger number of smart contracts and include smart contracts developed with different solidity versions.

Below is a table summarizing the results of the three analyzed smart contracts scans, the number below each tool represent the total instances of the vulnerability detected by the tool in the 3 contracts analyzed: Figure 16: Quantity of Vulnerability Instances detected by Each Tool Grouped by SWC ID Figure 17: Percentage of vulnerability instances detected by all tools by SWD ID Figure 18: Quantity of Vulnerabilities detected by each tool grouped by severity

Comparing the output, results and vulnerability classes detected by the four smart contract security tools, demonstrates that each tool has advantages and disadvantages:

Smart Contract security scanners like these certainly have their place in the contract development process and should be used. Using multiple tools, rather than relying on just one, seems to be the best approach for detecting potential bugs, as each tool is better suited to detect specific vulnerability classes and has specific methods to check for vulnerabilities in smart contracts (static analysis, symbolic execution, taint analysis, fuzzing). However, these tools are not capable ofdetecting vulnerabilities beyond their predefined list, and no tool or combination of tools can replace a full audit. Most of them fail in complex attacks that require interaction between multiple contracts. Always be aware that the more money your smart contract deals with, the higher the risk that the contract and its functions could be abused or attacked. By choosing to audit your code early in the development cycle, you can prevent devastating vulnerabilities and complex issues afterlaunch, as well as provide transparency to investors and the community.